Past Bichon: Dawn of Evil Mir

“The dwarves delved too greedily and too deep..”

After centuries a slumber, with Red Dragon at the throne, deep into Lava Caverns, the Oma prepare for his return. It is the dawn. The Dawn of Evil Mir.

An epic new release is on the horizon. Last November, Past Bichon was consumed by a powerful storm. Villagers fled, guards defected, Oma retreated into the gorge..

The storm has passed, but the dust has not yet settled. A powerful class of monsters are commanded by the fearless Oma Lord and lay siege on the small fortress of Past Bichon. Defences are weak. It is up to you, heroes, to maintain the peace. But why are these Oma so desperate to plunder? What need do they have for all those jewels and gold..?

Only one thing, known from myth and legend could have preceded such a storm.. Only one creature has such a ravenous hunger for wealth. Only one Dragon can lay claim to the depths of Hell.

Coming Sunday, 1st March 2020, we a pleased to announce: the Dawn of Evil Mir. 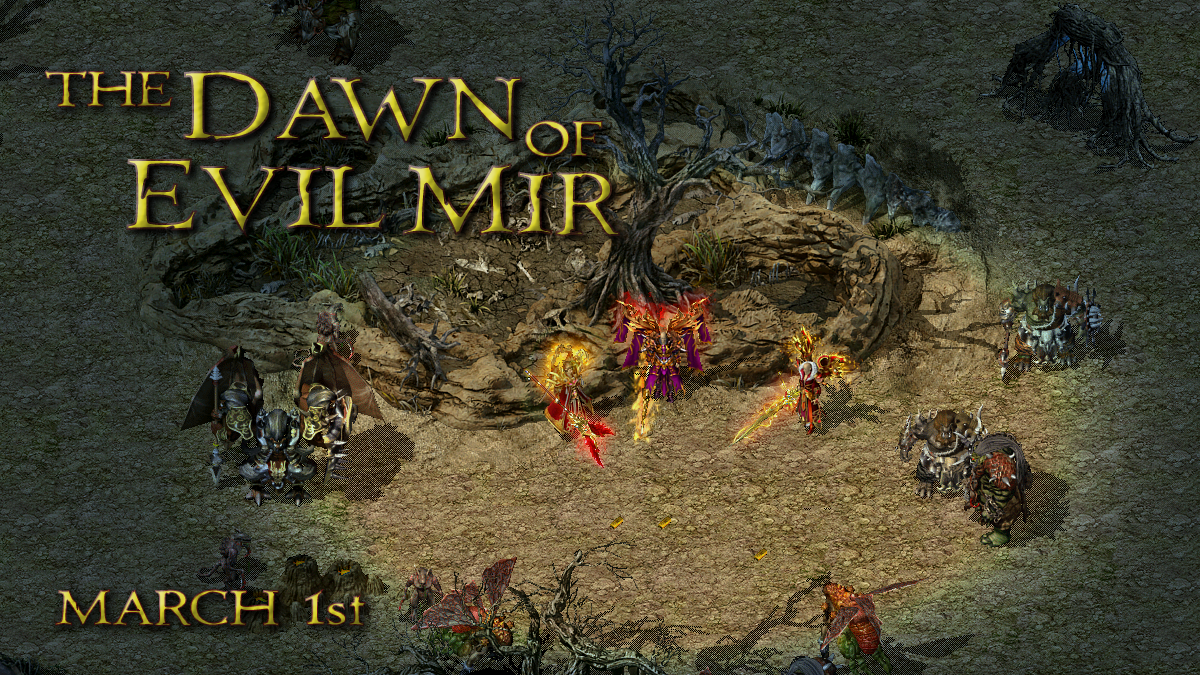 Players fight Smaug, a Red Dragon mimic at Easter in 2014 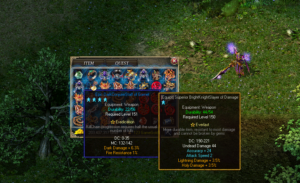 Items that drop from certain monsters and bosses may be imbued with a permanent quality of a special stat attribute.
These items are known as Mythic items.

Mythic items are rare, and there are different varieties for different types of item. They display with new item frame designs and drop auras.

Younger: The more stable, balanced equipment has a greatly reduced wield requirement
Everlast: More durable item, resistant to most damage and cannot be broken by gems
Judgement: Seeks the weak spots to cause maximum damage with increased Critical Strike
Guardian: Protects the wearer by shielding more damage than usual
Eradication: Killchain progression requires half the usual number of kills
Wisdom: A higher level item delivers wisdom to those who wield
Ethereal: Shrouds the wearer with an aura allowing him to be veiled from monsters 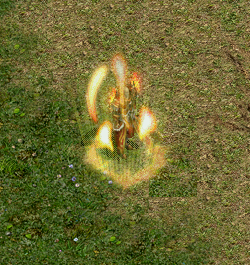 Don’t stop until you drop. Each time you slay a beast, you accrue points. The more points you get, the more rewards you receive. But don’t pause for breath, points decrease over time.

Introductory update: this feature will be monitored and adjusted to provide a good balance across different character classes.

Updates across other regions

Many other regions have received amendments; updates that are required regularly to account for the increasing pace of game-play. More monsters, more bosses, more drops!

Check out this Past Bichon hunt from 2013!

This update lays the foundations for many more updates yet to come. We hope you have as much fun playing it as we had developing it.