After the last few updates we have enjoyed a steady increase in returning players and are happy to see that Arcadia is back! So, what’s new in Arcadia? Not only is there more content for the higher levels but the game is now much more beginner friendly, with increased drop rates and faster exp tables. Let’s take a look at some of the things we have added in the last couple of months.

Based on the hugely successful Skies of Arcadia event hosted last year, we have created two brand new hunting grounds. Head over to Arcadia and teleport into the heavens for a truly exciting experience in Paradise Isles or Paradise Lakes. Go head-to-head with a Timber Thorn and unearth new equipment, or take a team to defeat the Sky Knight for a chance to discover new skills and spells. Watch out for the dance of Four Tails, for his rage will make the ground tremble, and send you running back to town.. 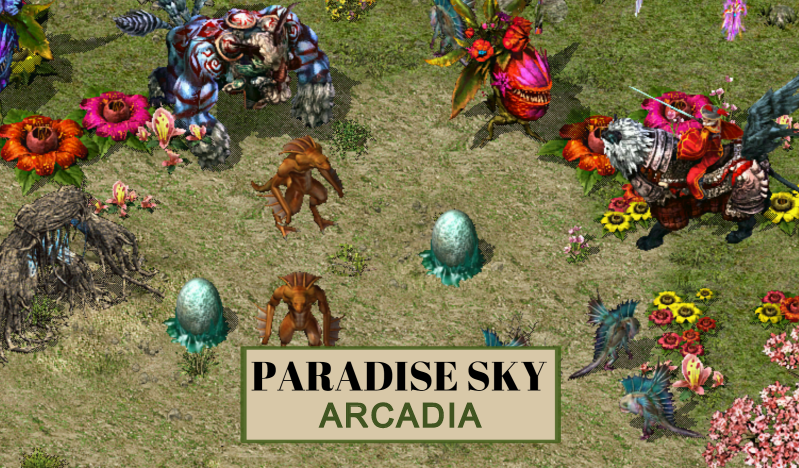 and every sub-boss now gives out GamePoints. Yeyy! You will receive the points if you kill solo or even in a group. But only if the monster is not more than 30 levels below you! Some of the more secretive minions in Mir will also give you GamePoints when you kill them. Keep a look out!

has a new horde of Kings Guard aimed at level 140+. The entrance to the cave collapsed but a friendly neighbourhood NPC is willing to teleport you inside for a small fee of GamePoints! Cheeky! This new area is boss-free, and is a safe-zone throughout.

has been abandoned by The Butcher. It seems he ordered the entrance to be sealed. A dazed and unhappy horde of leaderless minions lay trapped in this cave. An NPC outside will assist you getting in there for a small fee of GamePoints. The greater exp will make this worth your while! This new area is boss-free, and is a safe-zone throughout.

Did you know everything you do in game is monitored? That’s right, the Taoists of Ayarin Province like to keep a check on who’s been naughty and who’s been nice. Don’t worry, they won’t tell Santa this year. Karma affects many aspects of game-play, so speak with Yingu and find out your fate. A new body-glow aura has been added for those of you who have been forever kind.

Kevin’s gem refining system now has more options. Want more stats? Grab Rough Grinding Oil and turn that Cracked Orb into a Normal Orb. Sick of breakages? Grab a Fine Grinding Oil and scrub that Pure Gem into a Pure Orb. Although his success rates are greatly improved, he is sure charging for the privilege of his work! 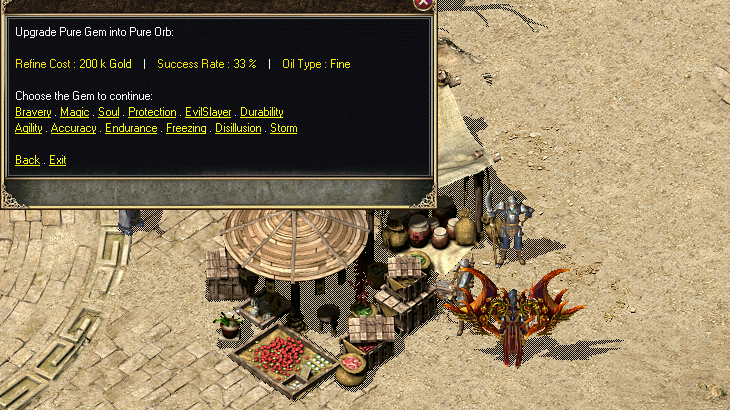 Every single monster has seen a drop rate update, and every single monster below level 105 has had rates increased by at least 100%. More than double drops?!? Crazy! We have added more super-rares which means the drop rates on the old super rares are now much lower! Throw away your Holy Crystal gear, get ready for your fresh new Celestial kit.

Rune and sockets can now be upgraded

Whaat?!? That’s right, tired of XS and useless runes? Throw 3 into your bag upgrade and make a better version! There’s no messing around with this one, and no failure rate, simply place them into the slots, click upgrade and voilà! 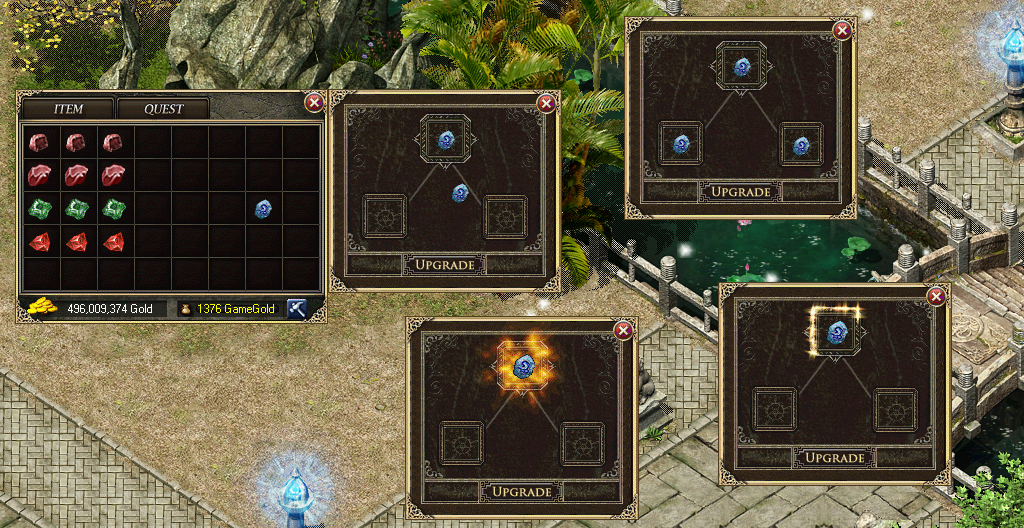 After trialling a safe hunting zone, we decided to add a few more areas into the trial. A spread of regions now have safe-zone hunting areas where you can be free from pk. Check out the list below.

This Christmas – Snowbrook Grotto is back!

On December 22nd, Old Saint Nick will open his portal to Snowbrook Grotto. This year the event features stronger monsters with better drop rates and higher experience. For those that are unfamiliar with the event format, there will be four dungeons of ice and snow, where goblins and minions will send chills throughout your body. Look out for the super-boss Grotto Troll and his lieutenant Grotto Guardian, amongst hordes of thrilling, chilling, sub-zero-killing monsters with pockets full of jewellery.

Lower levels can go into higher level dungeons however pking is allowed, the first map of each area is a no-player drop map.