With thanks to members of the community and their valuable input we have spent some time considering a new direction for Mythic items and the previously announced Ancient items.

The old vision for Ancient items has been scrapped and to some extent implemented into Mythic items as Mythic Crafting.

New specialised merchants will help you craft Mythic items with an empty Mythic Socket into your favourite items. The cost for this will be in both Gold and Mythic Essence.

The steps can be simplified as 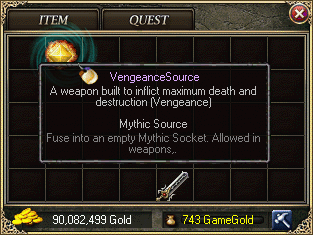 At the centre of a powerful Mythic item is it’s Source. A Mythic Source is a great singularity of unique power.

Collect Mythic Sources from bosses, challenge rooms and events in game. But first, make sure the source you want compliments the item you want to upgrade.. 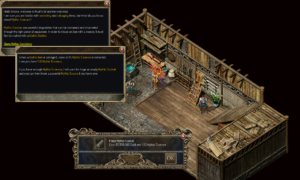 Specialised craft-smiths such as Wen in Mud Wall Blacksmiths are able to forge Mythic Sockets into items using Mythic Essence.

Their skilled services demand a very high Gold cost. The amount of required Mythic Essence increases for more powerful items and is particularly high for Armours and Weapons.

These smiths’ skills are not yet refined enough to create sockets in Unique or Rare items. 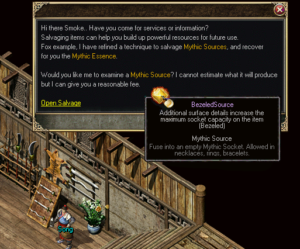 Visit Song in Mud Wall Blacksmiths who can salvage any Mythic Sources into Mythic Essence.

This is a great way to quickly earn some Essence if you have spare Sources. And it’s relatively cheap!

As usual, you may find Mythic items through normal gameplay.

Mythic items drop most regularly from rare and unusual bosses, and sometimes from Super and Champion monsters throughout Arcadia.

Use your favourite Salvage NPC, crush an item down to Essence or Design and also earn some Mythic Essence. 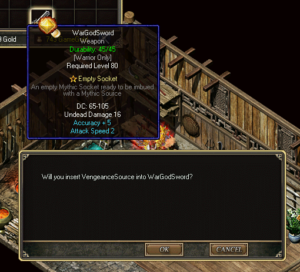 Place a Mythic Source into an empty Mythic Socket and create a powerful piece of equipment.

Once the Mythic Source has been inserted into the Mythic Socket it can only be removed with an Extraction Tool. 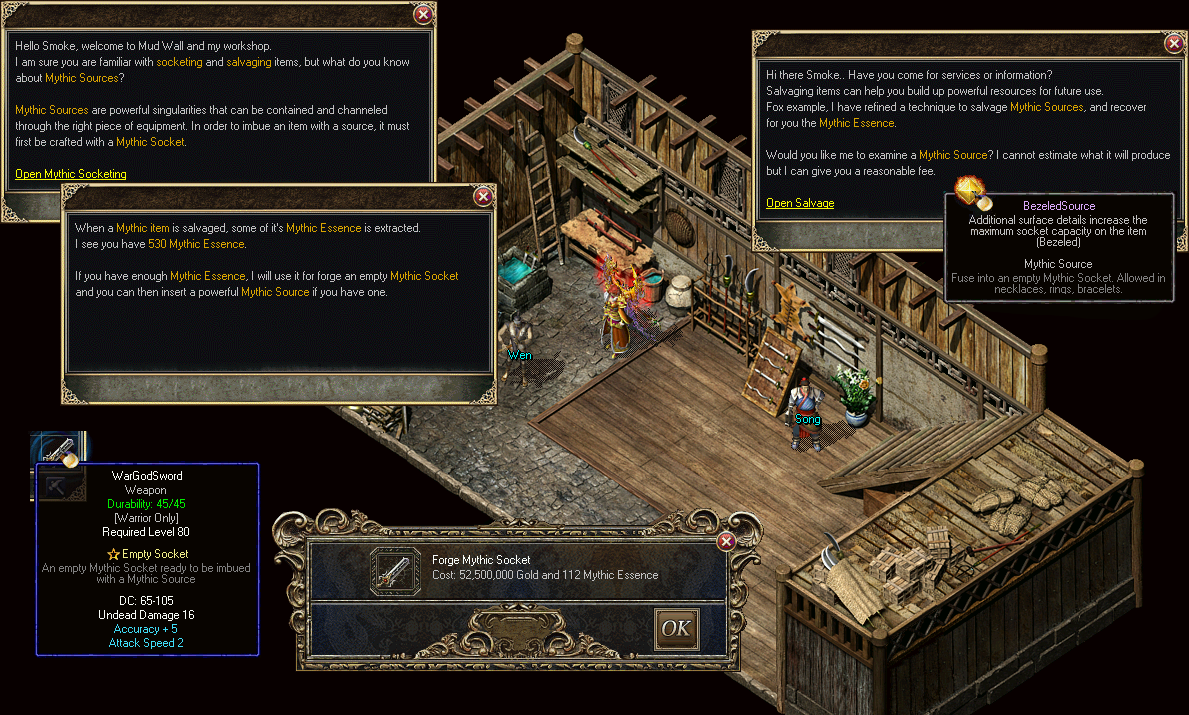