Are you feeling the Christmas spirit yet? Tis the season to be jolly with events on Arcadia. Download the game, log into your account and enjoy barrels of fun until January 4th.

Snow is falling, all around us! 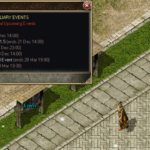 ACTIVE NOW! Warm up with up with some sizzling hot buffs. Almost a whole week long of events for the whole server to enjoy. More spawns, 100% extra magic find, 1.5x exp and TRIPLE supers and champions.

Head in game for details of timings. Event notice boards are over the bridge from Bichon Wall safe zone. Events active now.

Not to be missed, this year’s main event is split into three forms. The classic Snowbrook Grotto maps are back with updated monsters, spawns and drops. The thrilling Siege on Snowbrook has again returned to wreak havoc with your hunting schedules – now contains a Siege on Snowbrook Pass for all you up and coming stars. And finally, found a present for Santa? Great! Return it to him and take a trip to his Grotto.

The main events kick off on December 23rd.

Players will see Old Saint Nick appearing in Snowbrook (220:130) ready to teleport you to the one and only Snowbrook Grotto – A twelve map dungeon of ice and snow, where goblins and minions will send chills throughout your body. Look out for the super-boss Grotto Troll and his lieutenant Grotto Guardian, amongst hordes of thrilling, chilling, sub-zero-killing monsters with fingers full of jewellery.

n.b Lower levels can go into higher level dungeons however you should be aware that player killing is allowed. Each map is a no-player drop map to protect your precious items during the event.

And ho ho ho .. Watch out for Sneaky Santas or Rune Goblins escaping the scene with Jewels, Gems and Loot! 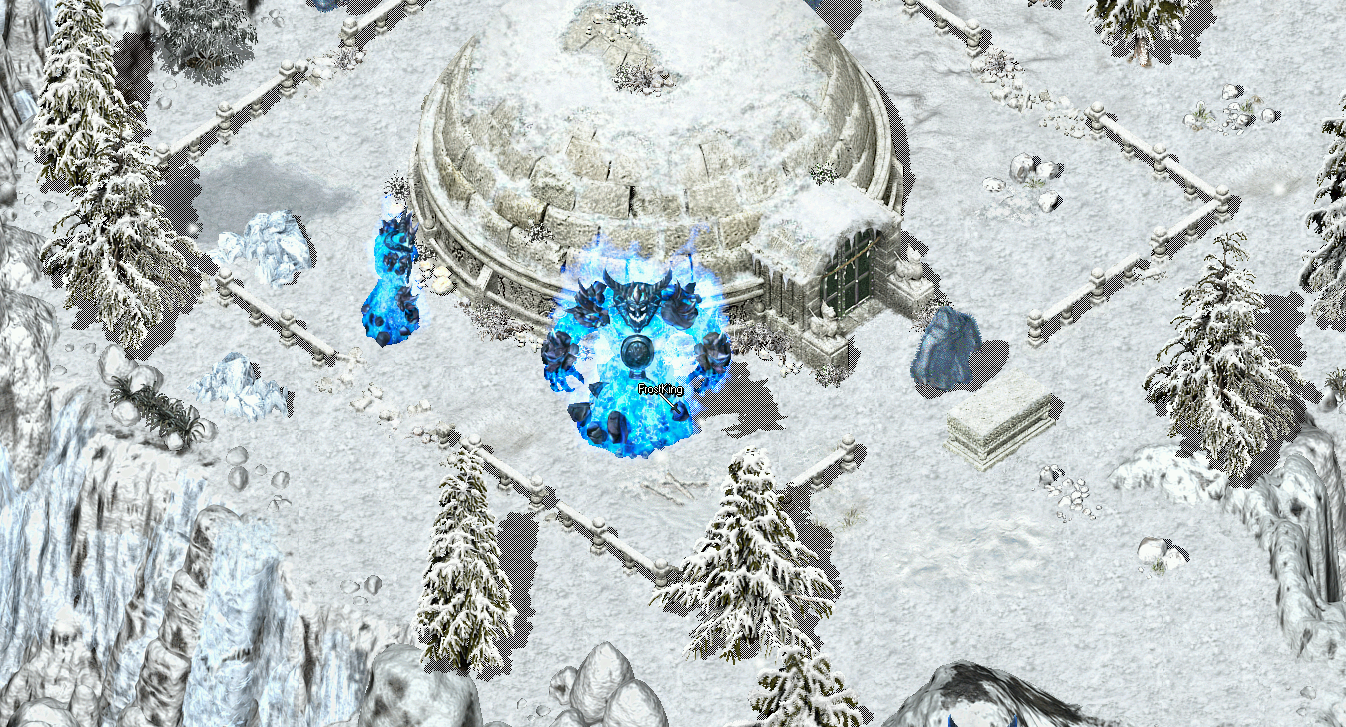 The Siege on Snowbrook was a huge success in 2019. This year it has been updated and now includes a siege on Snowbrook Pass for under level 140s! Every day at a randomly determined time, there will be a huge respawn event. Thousands of monsters, including bosses will spawn throughout the province. Players will receive only a one hour warning of the impending invasion so there will be time to prepare.

There is a time limit of 4 hours to complete the siege. If successful, in the final respawn there will be a super-boss which is guaranteed to drop a Crystal, HolyCrystal or Celestial item. The portal to Snowbrook Grotto will lock while under siege.

✓ Daily Sieges around Snowbrook province
✓ Vast respawns of over 20 thousand monsters
✓ Mixed with over 50 sub and boss spawns
✓ Siege will only be announced in game with 1 hours notice
✓ The Snowbrook Grotto teleport will lock during the Siege
✓ Sieges extend to Snowbrook Pass with level 140 and under monster spawns
✓ Region locked to keep those pesky high levels away
✓ Lower level Frost Giants and Frost Kings especially for you up and coming stars!
✓ Siege ends with a super-boss, guaranteed to drop a super-rare

This year’s big addition are the private Grotto hunts. Find Santa’s lost presents and return it to him and take a trip to his Grotto, a private mini-dungeon and a chance to collect more runes and rares. Including Arcamon, Mounts, event exclusive items and selected GameShop items.